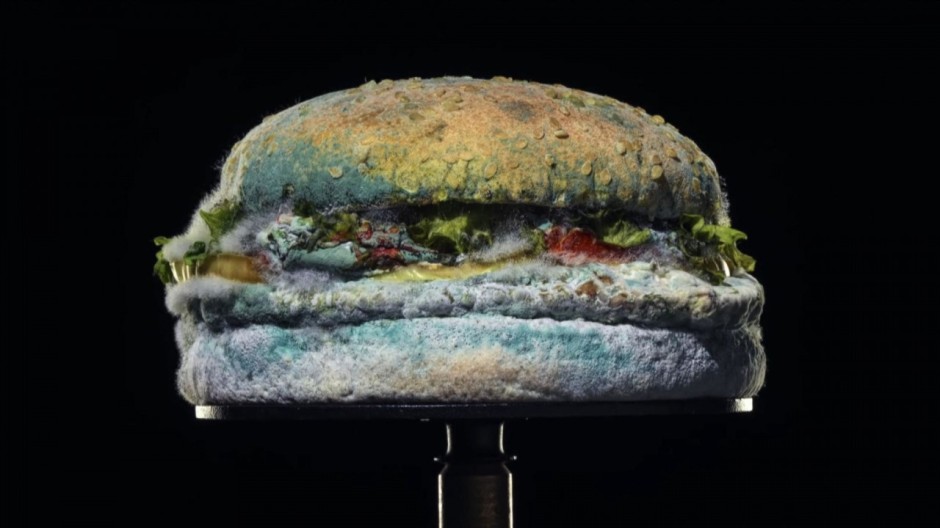 So a campaign that really caught my eye this week, was surprise surprise Burger King’s latest advertising campaign which has been widely talked about on social media. On first look it looks like it might be a campaign for Food expiry dates, spores included but it’s actually Burger King’s take on advertising their popular Whopper burger.

The Ad seeks to prove that Burger King’s food is fresh, by showing a Whopper Burger after 34 days, including an online video of the burgers decaying process. From the outset this might seem like a disgusting way to let customers know their food is fresh.

But actually in traditional Burger King style it’s another little dig at their competitor McDonalds. In November 2019 a video was posted online of a McDonald’s burger decaying over 10 years – spoiler alert it looked exactly the same after 10 years. See for yourself

So this Burger King campaign is a clever clapback to questions about the freshness of McDonalds food. But is an appealing ad campaign? Not really is the answer, most customers have expressed that seeing a mouldy burger wouldn’t want to make them run out and buy a whopper in a hurry. Clever yes, appetising, no.

21 Year Old. Studying PR and Communication at Ulster University. Interested In All Things PR, Marketing and the Internet